Make sure you’re getting your Omega-3s 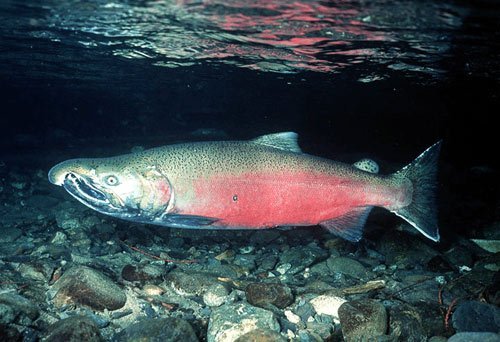 Omega-3 fatty acids are an important component of long term health. The most important Omega-3s (DHA and EPA) are found in nature in fish and ocean algae and are used in many areas of the body, particularly the heart, brain, immune system, skin, joints, and eyes.

There is a huge amount of research about the specific health impacts of higher dietary levels of Omega-3 fatty acids (particularly DHA). In order to get the adequate amounts of Omega-3 in our diet we would have to eat fish about 4 times per week. For most people this is unrealistic, as fish is expensive (especially those with high Omega-3 levels), and due to the mercury levels in most fish people shouldn’t consume this much of most species. It is necessary for most people to supplement their diet with Omega-3 for optimal health. High quality Omega-3 supplements come from the oils of fish, not the meat (which is where the mercury is), and then go through a purification process to ensure they are contaminant free. Here are some excerpts from a few of the many studies:

(Reuters Health) – The omega-3 fatty acid called DHA or docosahexaenoic acid found in fish oil may boost insulin function in people who are obese and vulnerable to type 2 diabetes, say researchers. 90 days of supplementation with DHA caused a ” significant” improvement in insulin sensitivity in overweight study subjects, according to Dr. Yvonne Denkins.
Some 90 percent of diabetics (news – web sites) have type 2 of this disease, where the body’s gradual failure to respond to insulin can cause blood sugar levels to rise perilously.
In the study, Denkins and colleagues had twelve overweight subjects injest 1.8 grams of DHA at breakfast for 90 days. While none of the subjects had full-blown diabetes, they all suffered from insulin resistance–a pre-diabetic condition in which the body fails to effectively respond to insulin.
Using blood tests taken at the start and end of the study, the researchers assessed changes in each person’s insulin resistance.
“We did see a change in insulin sensitivity after 12 weeks of DHA supplementation,” Denkins told Reuters Health. Seventy percent of the study participants showed an improvement in insulin-related function, she said, “and in 50% it was a clinically significant change.” Institute: Pennington Biomedical Research Institute, Louisiana State University in Baton Rouge

A particular type of brain wave called Òp300Ó has been shown to be linked to memory and learning. The faster the rate of transmission, the more efficiently and effectively the brain is functioning. This rate unfortunately declines with age, and is slower in people with dementia. To see whether Omega-3 fatty acids could influence this brain function, researchers took 26 normal adult volunteers hooked them up to electrodes and gave them a test that determined their p300 rate. Immediately after taking the test, they were given supplements of either EPA or DHA (both derivatives of Omega-3 from fish). Two hours later, their brain waves were measured, and this time the p300 rate was significantly faster in the group given the DHA supplements, supporting their hypothesis that DHA may actually enhance mental abilities in adults as well.

The American Heart Association, in its 2003 recommendations, reports that supplementation with 2-4 grams of EPA + DHA each day can lower triglycerides by 20-40%

If you have had positive results in supplementing with high quality Omega-3s, feel free to share your experiences here with our readers.