Saved by the Cat’s Claw… 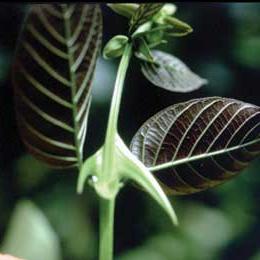 I could also title this “How to beat a virus in one day.”

Last week I had an experience that was beyond even my expectation. I had been burning the candle at a notorious clip for about two weeks when I left my house for the airport on Wednesday. I was on my way to Life Plus University where I was the instructor for several leadership sessions to take place over the next 4 days, as well as a participant in wall to wall activities the rest of the time. It is a very high octane 5 days. Anyway, I board the tiny Delta regional tin can jet (the thing is so small that if the engine fails you might be able to flap your arms and keep it in the air) at about noon and we taxi out to the runway. At which point, the captain shuts down the engines and lets us know in a pleasant voice that we will be sitting on the runway for an undetermined amount of time because the heavens had opened up and were including a light show!

We sat in this cramped little tube for the next two hours. There was no air circulating and it was humid and warm. And the best part? There were people behind me and beside me coughing and sneezing like it was an Olympic event to see who could expel the most germs into the still air! I was essentially sitting in an incubator and I was the test subject. This is the ideal place for someone who has run down their system for the prior two weeks. Eventually after about five hours in the plane I landed in Memphis, Tennessee.

The next morning when I woke up I didn’t feel quite right, but I didn’t feel sick, so I just thought I was still tired from overdoing it for a while. We had to get on a bus at eight AM to travel to the home office. The minute I sat down on the bus, I knew I was in trouble. Within an hour I had a stuffed head and felt like three guys who didn’t like me very much had just expressed it with their fists. I got progressively worse over the next several hours. I didn’t have to speak until three in the afternoon, so I began taking nutrients and drinking water and resting as much as I could (which was not at all, because I had prep work to do and lots of other people to talk to).

I was going to do what I had to do to get through the day and the week, but I knew I had a serious cold virus coming on…the type that could last a few weeks. At about two in the afternoon I am having a chat with Dr. McKee and he can tell I am not feeling very well. He pulls out a bottle of Cat’s Claw Plus and tells me to hold out my hand. When I do he pours about 15 tablets into my palm and say for me to take these and then take this many again another four times before I go to bed that night. So I get a fresh bottle of Cats Claw Plus and as I instructed and took part in the evening activities, I take all 90 tablets between then and six o’clock the next morning (I woke up twice in the night and took handfuls
each time). When I got out of bed at seven thirty, the virus was completely gone. I still felt a tad bit weak, but the virus was dead…my head was clear. By the afternoon I felt great.

I have experienced Cats Claw beat a virus before but never this fast…although I never took that much, but you can bet I will next time!

In case you don’t know what Cats Claw is…this is form the Health Notes Data Base:

Cat’s claw grows in the rain forests of the Andes Mountains in South America, particularly in Peru. The two species of the plant used most commonly are U. tomentosa, which makes up most of the cat’s claw imported to the U.S., and U. guianensis, which is more widely used in Europe. In South America, both species are used interchangeably. The root bark is used as medicine.

This nutrient is incredible for allergies too (my friend Danielle Herndon takes 4 a day and her hay fever is no more:-), inflammation, and obviously immune support.