Someone is always watching 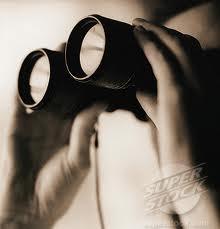 An absolute cornerstone of my philosphy for being successful in life (including business) is to be nice.

Not just to be nice when it works for you or selectively with certain people….all the time. People want to do business with people they like and trust. A large part of trust is developed by being consistent, because then people know what to expect, which makes them feel comfortable, which in turn leads to a level of trust.

In this instance, I am speaking of being nice consistently…as in ALL the time. You never know who is watching. It doesn’t matter where you are, people are observing you. I witnessed a prime example of this, in a negative sense this morning. By the way, to succeed in life, it is good to study what successful people do…but it’s also important to observe the habits of failure too, so you can avoid them. The late Jim Rohn used to say “Take a failure to lunch and ask him…Jim, how’d you mess up so bad?”

Anyway, I am in the YMCA doing my morning workout and one of the women who works there is talking to another woman who is on the stair master. As they are speaking another woman walks into the fitness center. As she comes in, the woman who is talking to the stair master woman happens to casually step back…you know how sometimes people move a little when they are standing and talking? Well that’s what she does and she steps right into the path of the woman walking in. She never sees this woman because she is engrossed in her conversation. The woman who just entered, without saying anything, attempts to go around her, but at the same time the woman who is engrossed in the conversation unwittingly takes another step into this other woman’s new path. With this step, she brushes against the new woman and realizes she is there, and says “Oh I’m sorry” very genuinely.

when you are nice people notice.

The moral of the story here is the reaction of the new woman. She shakes her head and says nothing, as if this other woman was the dregs of society. I am sitting on the weight machine observing this entire thing which took all of 3 seconds. Yet, I will not forget the woman or her reaction, and I have to tell you, I can’t help myself, I have a very negative impression of this person. Now, fast forward…what if I go into a restaurant…and she is my waitress? What if I go into a shop and she is the owner? What if she is a salesperson and I am her customer? What if she was trying to recruit me?

She didn’t know I was watching. Yet from these 3 seconds, she would have a difficult time convincing me she was sincere were she to be nice to me in any situation. It is so easy to smile and be nice. Yet so many people don’t and aren’t! BUT, that represents an opportunity to shine, because when you are nice people notice. Trust me on this…you can go far being nice and honest.