Questions are a 3-way opportunity 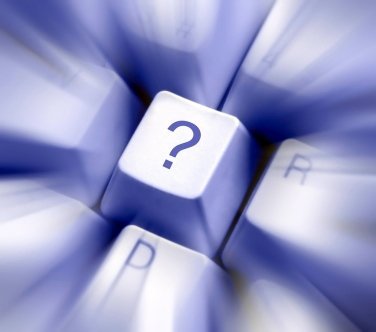 It makes me crazy when I am in a conversation with someone and they act like they are an authority on everything.

NO ONE KNOWS EVERYTHING!!! It makes me crazy when I am in a conversation with someone and they act like they are an authority on everything. Regardless of what question comes up or what the topic is, they respond with absolute certainty that they know the best answer. Now I certainly appreciate confidence. And, it is true that some people know alot about alot. But no one knows everything.

There are going to be plenty of times when you are speaking with someone about your business and you will be asked a question to which you do not know the answer or you are uncertain of the answer. Be open about it. Let the person know that you aren’t sure about how to answer their question, but you know where you can get the answer. A great thing (among many) about working a process that is not dependent on being a highly skilled presenter or being wonderfully persuasive, is that you are simply in a conversation. The person you are talking to feels comfortable to persue the information to determine if your opportunity or products are right for them. It is perfectly natural in most conversations for a question to come up that you can’t answer. Your prospect isn’t worried that you don’t know the answer…they only want the answer and don’t care where it comes from.

Your prospect isn’t worried that you don’t know the answer…they only want the answer and don’t care where it comes from.

This is an excellent time to introduce the idea of a 3-way call. It’s like simply bringing someone else into the conversation who can provide an answer. You can say “I don’t know the answer to that, but my partner does, let me get him on the line and we can ask him. He’s a great guy (or she’s a great gal), you’ll really like him, and you can ask him other stuff too if you want…he won’t pressure you in any way, he’ll just help us get the answers.”

It is as simple as that. Be sensitive though, that some people will still be uncomfortable being 3-wayed to someone else. They probably had a previous bad experience with another outfit and were 3-wayed into a “closer.” If this happens, simply let them know you will get the answer and get back to them. By not pressuring them to do the 3-way, they might be more open to one the next time.