Don’t weight to use this one… 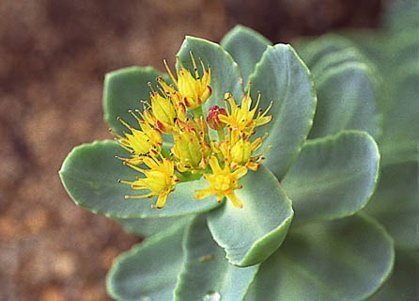 Everything we need to help our body do anything (including lose or control weight) can be found in nature.

Arctic Golden Root (Rhodiola rosea) an herb found in a variety of regions in the world is another one of nature’s secret remedies that’s just weighting to be discovered (corny I know).

This herb is tremendous for helping break down body fat and also has several other impacts such as both a stimulating and a sedating effect on the central nervous system (depending on intake amount); enhancing physical endurance; improving thyroid, thymus, and adrenal function; protecting the nervous system, heart, and liver; and has antioxidant and anticancer properties.*

Here is some history of this nutrient from the Slenderlean Product Information Sheet:

Rhodiola rosea was named by the great Swedish naturalist Linnaeus, who first published its description in1725. Traditional systems for supporting health in Asia have used the “golden root” since the time of the Chinese emperors, who sent expeditions to Siberia to obtain it. Siberians transported the herb down ancient trails to Georgia (in the Caucasus mountains) where they traded it for Georgian wines, honey, garlic, and fruit. The Vikings were reported to have used the herb to enhance their endurance, and physical and mental strength. Research since World War II has
revealed that the roots of this plant are a treasure chest of powerful adaptogens — defined as substances that nonspecifically support innate resilience to physical, mental, emotional, and environmental stress, without disturbing normal biological measurements or functions.Only plants of the proper species (there are many species of Rhodiola), grown in the proper cold, mountainous environment, harvested at the proper time, and carefully extracted to exacting specifications contain the precise ratios of six distinct groups of complex phytonutrient components necessary for full activity. Research in Russia and Bulgaria have suggested that Arctic Golden Root extract has the ability to activate a fat breaking down enzyme called hormone sensitive lipase. This enzyme is activated by exercise, and normally requires at least an hour of moderate exercise, such as brisk walking, to be activated—after which its activity persists for about 12 hours. Soviet clinical studies have shown that the combination of Rhodiola rosea extract together with physical exercise can be a powerful tool in the activation of this lipase enzyme, resulting in enhanced breakdown of stored fat.

A clinical trial done in Bulgaria randomized 121 subjects to either Rhodiola rosea extract or a placebo, and tested serum free fatty acid levels at rest, and after one hour of exercise. The Rhodiola group had a 6% greater serum fatty acid level at rest, and a 44% greater level after exercise, indicating increased activation of lipase (fat-busting enzyme) by the combination of Rhodiola and exercise vs. exercise alone. The extract also has shown synergy with calorie restricted diet—another placebo controlled clinical study done at the Georgian State Hospital (in the former Soviet Union) with 130 overweight patients showed that the intake of tablets of R. rosea extract led to a mean weight loss of 19 pounds (11% reduction of body fat), compared to only an 8 pound loss by the placebo group on exactly the same diet.  (To read the full content of the PI sheet go to http://www.lifeplus.com/default.asp?resend=6099&Pin=3&Page=/Product_Details.asp)

Of course the exact type of Rhodiola rosea is what is used in Slenderlean (Dr. McKee would have it no other way), and it is synergized with other powerful nutrients to create a maximum effect. If you haven’t seen the Slenderlean video click here https://www.toddburrier.com/slenderlean

*This info was taken from “Health Notes” online research data base.