You Can Do This too 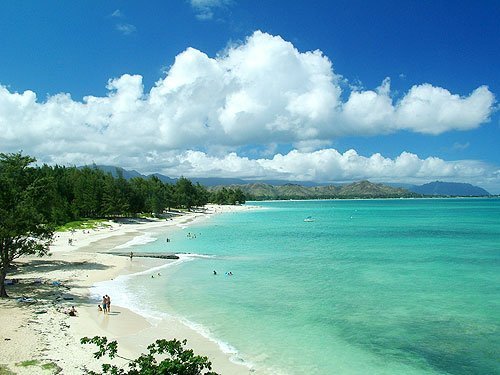 I am currently reading a book called “Beach Money” written by a man named Jordan Adler. I don’t often read books written by other network marketing entrepreneurs because I read several years ago, and they usually say the same things. However, after hearing a Linda Bogle speak highly of the book, I decided to read it to see what he had to say.

Mr. Adler is a classic case of someone who grasped the possibility of what building a network had to offer and refused to quit until he made his dreams come true. He was working for an airline and barely able to pay his bills when he was first introduced to the idea of networking. Yet, after 10 years he had no success to show for it. He had tried 11 different companies, most of which went out of business.

Finally, long after most people would have given up on their dreams, he found a company that stayed in business long enough for him to become one of the top earners and finally develop the beach money he so desired. So, what is beach money? Beach money is passive income. Income that comes in whether you are working or not, and it is the dream of everyone who gets into the industry and truly grasps what is possible. It doesn’t have to be millions of dollars; it just has to be an income which allows freedom. For some this is $2,000 per month and for others it is $22,000.

Once he found a company that was legitimate, he then sought mentorship on how to become successful. The concept he was taught was to find 20 solid customers, as well as find some serious business builders who also desired to create passive income. His mentor told him that for every 30 business builders he sponsored, he would have 10 who did nothing, 10 who would do a little, and 10 who would do a little more, but that he would find one who would go after the dream. These, by the way, are the same type of numbers that I teach…about 3 to 5 out of every 100 builders sponsored will build a big business. These are the numbers of the human race. In all populations about 3 to 5 percent make things really happen.

He worked full time to pay his bills, and then he made a plan to sponsor his first 30 business builders. He made a grid that he posted on his wall that had 100 squares in it. Each time he had an appointment with a business prospect, he filled in a square. Using the law of numbers he knew that by the time he had filled in each square he would have enough business builders to be on his way to big success. Then he simply set 3 lunch time appointments per week, since this was the time he had available.

Within a year he had filled in the squares. Within two years he was earning enough money to quit his job. A few years later he was a major earner in his company.

He had no previous track record of success. His closest friends and family told him he was a dreamer and it would never work. He had no special skills. He simply trusted the process, worked the numbers consistently, was with a company that stayed in business, and didn’t quit.

You can do this too. It’s simply a process. We have it all with Lifeplus. All we have to do is work the process consistently and over time you can have beach money too.