Clean the Snow off your Car 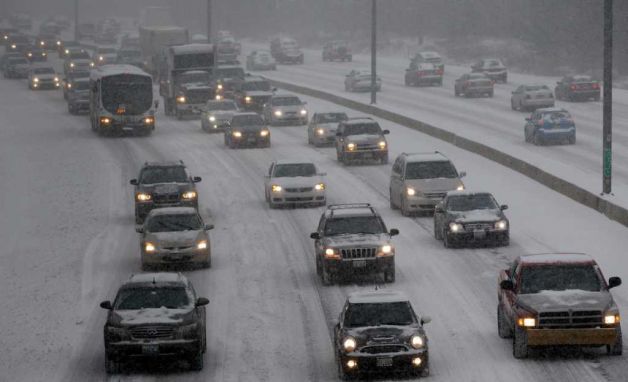 We just had a few inches of snow this weekend. I love snow. What I don’t like, is when I am driving behind someone who hasn’t cleaned the snow off of their car and the solid hunks of snow fly off and come straight at me!

Perhaps you think I am being a bit harsh when I say, that I find this incredibly selfish. It takes about 5 minutes at most to clean a few inches of snow off of a car. Maybe they don’t care if their is snow on their car…I get that, but it’s not about them. It’s about the danger of flying blocks of snow and ice. The longer the snow and ice has sat, the harder it becomes.

Not knowing the nature of this flying snow makes it imperative for the person behind the selfish driver to swerve or suddenly break in an effort to avoid it. This puts them in danger and also now potentially involves the other cars around them. Not to mention that a flying block of ice, if  not avoided could break their windshield or dent their car. This is so dangerous that some states are discussing passing laws requiring people to clean the snow off.

In other words, money is being spent to discuss having to pass a law against being selfish. Because that’s what this is….effectively saying, that I can’t be bothered for five minutes so I’ll just create havoc for everyone else and let THEM deal with it! There’s lots of other examples of this type of blatant inconsiderate selfishness around us…so here’s the lesson:

In all things, think about how what you do or don’t do can affect those around you. A few minutes of consideration, makes the world a better place for everyone.