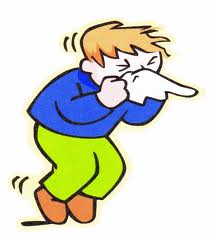 According to the American Academy of Asthma, Allergy, and Immunology, as many as 50 million Americans suffer from allergic diseases.

A nationwide survey by the same organization revealed that 54.6% of all U.S. citizens test positive to one or more allergens. For many people this leads to Allergic rhinitis. Allergic rhinitis affects most of this population including 40% of the children in the United States. Big Pharma loves this as they collect over $11 billion (2005) per year from this issue, and that number doubled in the previous five years…so I would expect it is much higher now!

Common treatments are antihistamines, corticosteroids, and decongestants. I don’t blame people for running to these medications. For years I suffered with the runny nose, stuffy head, itchy eyes, challenges sleeping and tasting food that come from my allergies (I am tested allergic to all grass and dust among other things). It is a miserable thing to have allergies.

The problem with the medications is that there are short term issues such as light-headedness, dizziness, drowsiness, and insomnia, and then of course, as is the case with all medications, much greater long term effects in the body that can lead to dangerous health issues. Why would we put something bad in our body, and our children’s body when there are natural substances that combat allergies with no side effects, and additional health benefits?

Why would we put something bad in our body, and our children’s body when there are natural substances that combat allergies with no side effects, and additional health benefits?

Medicine doesn’t cure allergies, and neither do natural substances. Since you have to deal with them the rest of your life, it is much smarter to do it naturally so that you avoid the occurrence of new health issues from the medications. Antioxidants, flavonoids, and quercitin have all been shown to be natural antihistamines. In many cases, if you can reduce the histamine, you don’t get congested, so you don’t need the decongestants or the medical antihistamines.

Perhaps this is why Proanthenols from Lifeplus has been such an answer for me and so many other people. I went from years of misery (I couldn’t handle the effects of the medications so I didn’t use them regularly) to having no allergy symptoms in a period of a few weeks and it has stayed that way for 16 years using this product. Proanthenols conains pure OPC, an antioxidant that is twenty times stronger than Vitamin C (which on its own has been shown to reduce histamine production), flavonoids, and quercitin.

If you suffer from allergies, try going the natural route, you’ll be amazed at how much better you will feel.