A Big Motivator Others Give You Free! 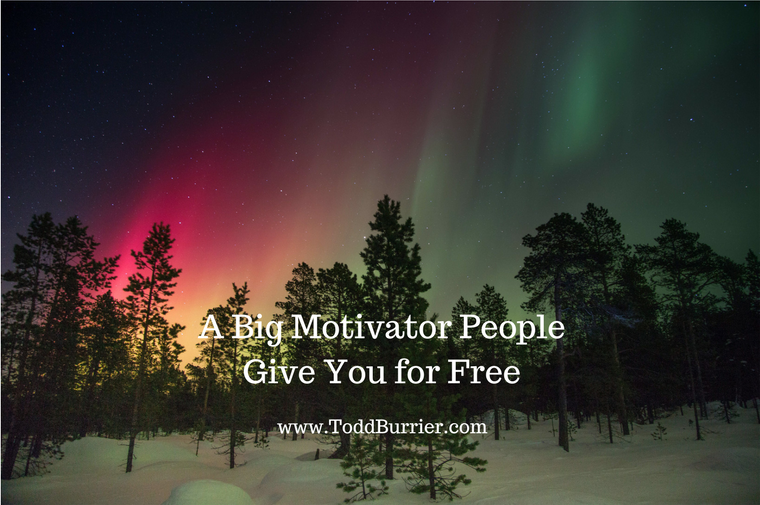 I am a highly Sensitive Person, Especially When it Comes To Negativity, Criticism, and Rejection.

Not exactly the ideal recipe for being an entrepreneur! Ask any entrepreneur, in any type of business, and they will tell you they had lots of people who spoke unkindly to them when they were launching their business. Especially those closest to them. It is simply a rite of passage for anyone who wants to accomplish anything outside of what the majority of people think is possible. Just remember…the majority of people unfortunately aren’t doing so well…and their limited perspective on what’s possible is a primary reason.

Anyway, when I started in home business, the people closest to me were brutal to me about it. They probably didn’t think they were being unkind (I’m giving the benefit of the doubt here:-), but it was awful for me hearing some of the things they said. Fortunately for me, I had reached a place in my life where I wanted freedom more than I wanted approval. Prior to that, my life had been a series of quitting when the going got tough, and I would have been accepting that they were right and I was foolish. But not this time…this time I had an entirely different perspective.

I Used Their Criticism and Negativity as Fuel

I went from a “you’re right” mentality to a “I’ll show you” mentality. The more ridicule I got the harder I worked. And this is before I understood the fundamental truth that ridicule and criticism are part of doing anything of significance. Aristotle said “To avoid criticism, do nothing, say nothing, be nothing.” That was not an option for me. My family and freedom were simply too important.

Today I am Thankful for Those Critical Voices

I read in a Darren Hardy book not long ago that sometimes the greatest motivation is an enemy to fight. I can see clearly now that while yes, I was working hard for my freedom, I was also driven by making them have to eat their words. I never went back to anyone and said “see, I told you.” That is not my style. I maintained my stance of treating everyone with kindness and respect. I ignored them after a while and just smiled…and I worked my absolute tail off.

So the point here is, that those negative voices that feel like they are surrounding you at times? They, my friend, are doing you a favor. Turn them into fuel for your rocket. It is true what Frank Sinatra said “Huge success IS the best revenge.”

Was This Helpful? Feel Free to Share with Your Team and anyone else it may benefit.
Many Blessings,
Todd

P.S. The Blueprint Process Digital Training has been getting awesome reviews and will help you deeply in mastering all aspects of the process of building the business. Click here to check it out.