Four Words You Should NEVER Say 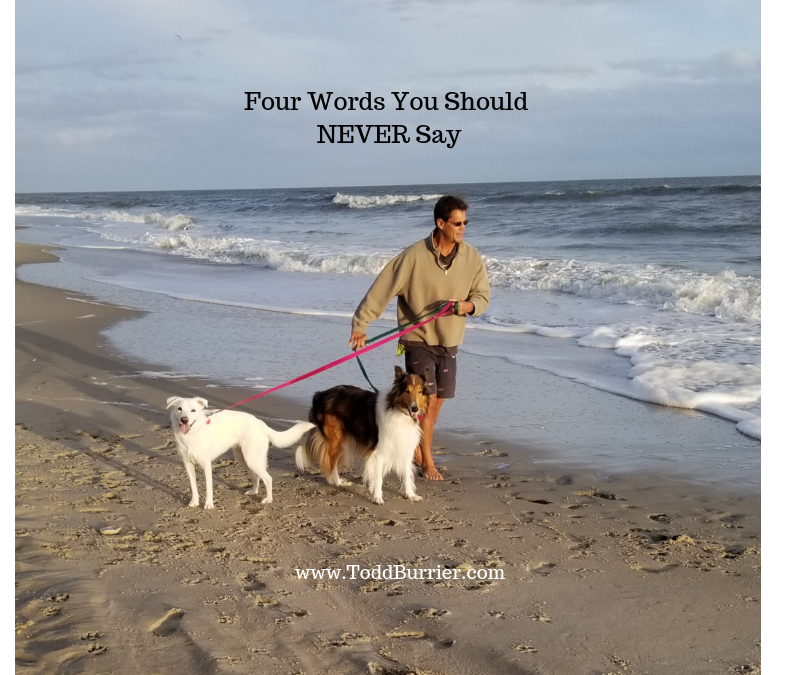 Don’t You Remember When I Told You This Would Happen?

That question is a ten word example of the four lethal words….”I TOLD YOU SO.”

Whenever I hear someone utter those words…..I absolutely cringe!

It doesn’t even have to be these exact words as the initial question demonstrates. It can be any words that convey the same meaning. I cringe because I know  the deeper impact these words are having on the relationship…and its not good! I’m not suggesting that you say this to people, but I know for a fact that I have in the past. Well…in the distant past. It’s been a long time since I said these words, because having studied and taught interpersonal and relationship skills, not to mention being a human being experiencing relationship, I know it’s simply insensitive, self-centered, and hurtful.

Generally these words are associated with situations where you’ve offered advice to someone to either do or not do something, and then they do the opposite of what you suggested, and it turns out poorly for them. Most people just can’t resist the urge to somehow sneak into the conversation…”I told you so.”

Here’s What Happens When You Say These Words…

The other person certainly remembers the advice you gave them because they consciously chose not to listen to it. They don’t need to be reminded because they are currently dealing with the consequences of their actions. They are feeling whatever pain it is causing and now you are essentially piling on. They will not appreciate it at a minimum, and it may anger them, and it will definitely hurt them because rather than being caring, you are letting them know how smart you are…which of course is implying that they aren’t as smart. Everyone makes mistakes. This is why pencils have erasers. I’ll bet you don’t like it when someone says this to you either. Oh…and do you think they will come to you in the future for advice or opinions just because you are smart? Nope. You have essentially said “it is unsafe for you emotionally to ask me for advice.”

When You Resist The Urge to Affirm How Right You Were, Here is What Happens…

They are grateful that you didn’t bring it up, because they probably expected you to given that people have done that to them in the past and they definitely remember how it made them feel. People ALWAYS remember how you make them feel. Now you have actually created more emotional equity with them and they will have a higher level of trust in you. They are more likely to come to you in the future for advice.

If you will go the next mile and focus on how you can help them overcome the consequences of their actions, you go to an even higher level with them. You are showing how much you respect them as a person and that you genuinely care about what is best for them. You are showing empathy in your actions.

So instead of saying “I told you so” now you say “How Can I Help?”

They will never forget that you were right…and that you didn’t mention it. Most relationship stuff is simple…operate from a spirit of kindness and respect…and you will typically be okay. “I told you so” is unkind and disrespectful.

Think this would be helpful for others? Feel free to share.

Need some Coaching? Click the Work With Me Link and let me know.

Thank you for Stopping By!