How You Can Train Your Brain For Success 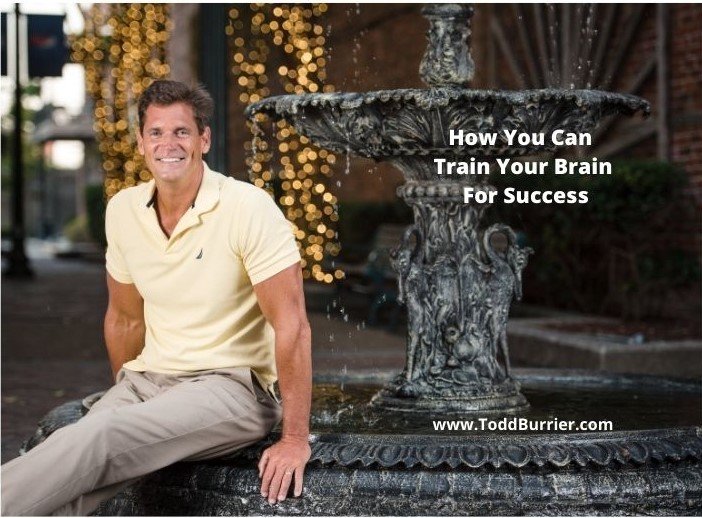 This quote comes from Steven Pressfield’s book Do The Work and applies to all things in life. What is the dragon? It’s fear, doubt, endless chatter, poor self-talk, it’s all the reasons why your idea, your efforts, your dreams, your project are not gonna happen so why start or continue? To be clear…I did NOT say, slay the dragon and he/she will be gone.

That’s never going to happen because in case you haven’t guessed it yet, the dragon is in you. You will never outrun the voices inside of you or the feelings those voices bring about. Voices? Is there more than one dragon? No. The dragon is collective. It’s all the stuff in your brain that’s not fun. And while it’s inside you, it’s not all from you. Many of the voices/thoughts/beliefs that represent the dragon aren’t necessarily yours….someone else put them in you. As an aside, the more self-aware you become, the more you can distinguish what comes from where. This makes it easier to work on what’s yours and minimize what you allow to come at you. Anyway, you cannot run from the voices….But you can talk back to them.

And You can prove them wrong.

Remember, A Belief is Simply a Thought You Continue to Think…

That doesn’t automatically make it true does it? After all, we are wrong about things lots of the time aren’t we? I say we because I’m right there in this with you. How is it that we are wrong a lot in life, and yet when we have a belief that’s negative about self, we just assume it’s true? That’s something to ponder for another time…

So where does the part about training your brain to succeed come in?

Simple. What is the greater part of success in something? Beginning, and not stopping, regardless of how hard it is to figure out or continue forward. When you move forward anyway, despite the presence of the dragon, you show the dragon that it is inconsequential. It can stay or it can go. You don’t care. It is just one of the many things you will walk through, and you will walk through them ALL. The dragon won’t hurt you. Because the dragon is IN you…that would be pretty dumb of the dragon. It positions YOU to hurt YOU. And this makes the dragon bigger and scarier for next time.

It does not require monumental actions and achievements to tamp the dragon down and remove it’s fangs and fire. It’s the little things that show you that you can stand up to the bully dragon.

Ask the girl or the guy for a date…slay the dragon.

It doesn’t matter if you get the date, or if the call is well received, or people like the book…

All of that is OUTSIDE of you. Ask enough people to dance and you’ll get a dance. Over time, you’ll get better at asking and you’ll get better at dancing. Because what? Because you slayed the dragon by asking the first time and each time it pops it’s head up and says whatever it will say to you to terrorize you about asking, you can say…I already beat you on this one. I asked and I lived through it and it didn’t hurt me nearly as much as it would have if I had NOT asked. BOOM. Fangs and fire be gone!

If You Are At All Stuck In Life…

Consider this…What’s the difference between you and the person next to you that is making it happen? They slay the dragon daily and you are letting the dragon boss you around.

All you have to do is slay the dragon ONCE. Just once, and then remember that you did it. Make no mistake. Slaying the dragon doesn’t mean you had ultimate success, reached the summit, achieved the big dream, or became rich and famous. Slaying the dragon is writing the book and finishing it. Not being a best-selling author.

Success comes from slaying the dragon over and over until you are good enough to do the thing well enough to be paid well for it, or rewarded well in whatever way you will be rewarded.

The dragon has been with me my entire life. For the first half, I was dominated by it. Then I began to push back and act anyway. And things started to change in every corner. Today, I live a life I would never have imagined in my youth (when I allowed the dragon to keep me in chains and not the other way around). The dragon is still with me. It rears up in business, in my health pursuit, in my relationships, in my cause….but it is powerless now. In fact, I use the dragon as a sign that something MUST be done.

And usually, not always, whatever it was chattering about that I push past, adds value to my life and the life of those I interface with. The dragon is now a success signal, and it will be for you too. But you HAVE to step forward in it’s face. Do it.

Here’s a video I did recently on How to “Flip” your fear, which is another strategy for slaying the dragon.