Sweet Spots, Blowing up the Box, Getting Real, and More 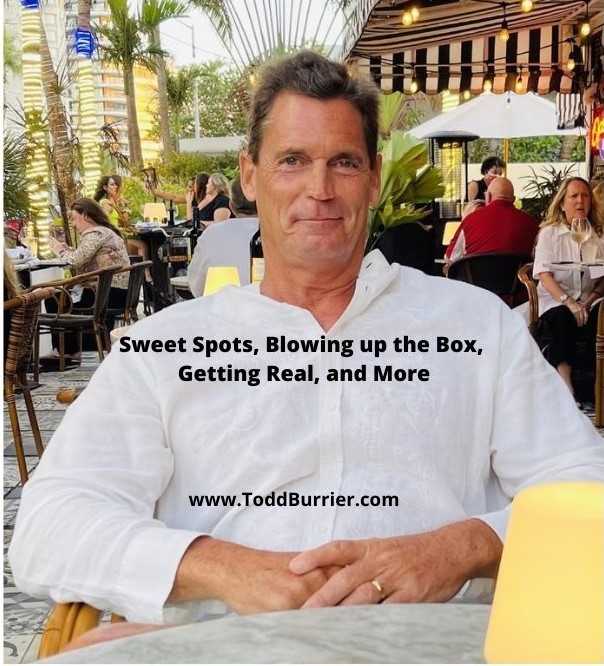 P.S. Stay diligent in boosting your immune system. Vitamin D, Antioxidants, Zinc, etc. all give your body the resources it needs to stay strong. In addition to my normal health regiment, which has kept me living free of medication in addition to operating daily in a high energy capacity, here are two different packs that help keep your immunity high: Winter Boost Pack and Winter Boost Pack Ultra these are available to you manufacturer’s direct at wholesale.