Tips for Leading in Difficult Times 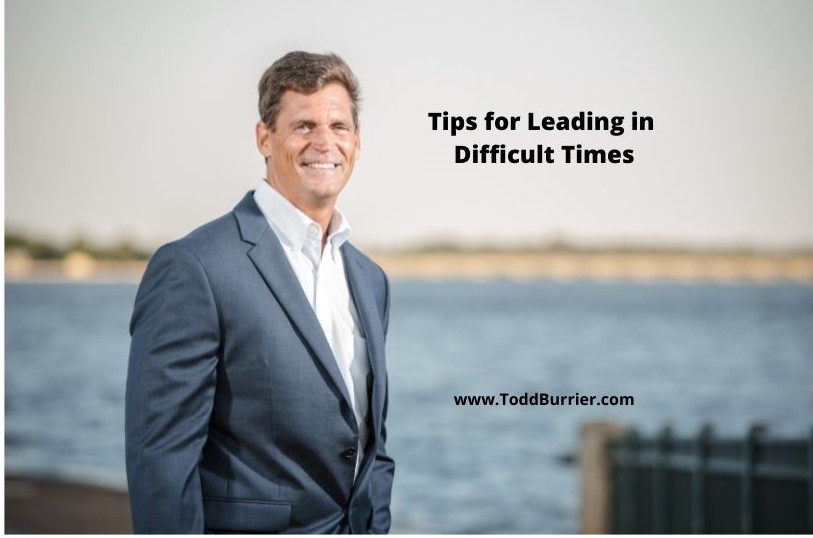 Crisis Can Catapult Your Credibility

Or it can wipe it off the face of the earth. Here’s why:

Effective leaders thrive as a result of their ability to influence those they lead, and that influence (influence is the purposeful application of credibility) is in direct proportion to their level of credibility. Credibility is a perception. It is a trust that is based on the belief that a leader knows what they are doing and that they are of good character. The two primary ways to know if the perception is real, is for it to be tested through difficult situations, or through long term sustained success, which will have meant there is a history of leading through challenge periods.

Anyone in a leadership position can look good when things are going well. Rough times reveal the truth about a person. Over the past few years, I bet you’ve seen quite a few people you thought were strong leaders, turn out to be less than you believed, and I bet you have seen others who stepped up.

It is well known in leadership circles, that the fastest way to grow credibility is to solve problems, and right on its heels, is to show up BIG in times of crisis.

Back in 1999–2001-time frame, it was a very challenging time for a specific area of the world in the business I was a part of. At that time, I got heavily involved in helping to bring attention to it, and invested enormous amounts of time daily in communicating, serving, and helping the people being affected, while the solutions were being determined and implemented. It was an incredibly difficult and draining experience for me, but ultimately, the issues (crisis) were resolved, and the marketplace has thrived since, and many of the people went on to accomplish great things.

I share this abbreviated story, because it perfectly demonstrates what I mean in this article and leads to the actionables for you. You see, from 2002-2008, I took a break from actively working in that business. I was essentially invisible. In 2008-9 when I ended my hiatus and traveled to that market (overseas) to re-connect with people, I was greeted with open arms. What was very interesting, and revealing, was that there were many new faces who had never seen or heard from me, who knew about me and looked forward to meeting me, despite my several year absence. How is that so? Because I had shown up in a big way during a very hard time, and that news carried forward. There were several others who could have shown up, but didn’t (there were also others who did, and the same impact occurred). I’m not better than the people that didn’t show. I just made a choice to show up, and the impact on my leadership credibility was enormous.

For the sake of this article, I’ll share a few of the key ones, and the video will take you the rest of the way. I’m just one voice, and I am quite clear that I don’t know everything, so I know there are several other things that will help too, but these are the ones I go by and that I have seen work.

This means show up. Don’t hide. Any lack of visibility is going to be open to interpretation and given that we live in a negatively conditioned world, the interpretation isn’t going to be good. You might be working your tail off behind closed doors on behalf of your constituency, but they do not know that. Crisis is the scariest kind of uncertainty for people because they feel, and in many cases are, completely out of control. If you are not standing tall and beaming like the lighthouse the people need to be able to see, you will be adding to their uncertainty. They are already worrying themselves sick about what might happen, don’t add to the worry by having them wonder if you have abandoned ship. Seeing you will be calming and provide hope.

This means outbound. Be consistently sharing messages. The people need to be hearing from you. If they don’t hear from you, guess who they will be listening to? Any answer to that question will probably be someone you don’t want them to listen to. Hearing from you helps them feel more secure. Use every channel of voice you can from written to video to public appearance, depending on what is appropriate and most efficient.

It’s so easy to forget that most everything good that happens in life is born through some kind of pain and difficulty. Including each one of us😊All crisis is partnered with opportunity now and tremendous value and learning for down the road. Author Mihaly Cziksentmihalyi said “every piece of information we process gets evaluated for its bearing on the self.” Most times, we are thinking in the tiniest picture about how it feels and what it means right in this moment. It is your job in leadership to share vision and the big picture (most leaders don’t do this nearly enough, me included). You likely have an entire vault of stories about how some big struggle turned into the best thing that could happen. You need to share this stuff.

In the video, I give you all 10 of my tools as quickly as I can while still providing the depth you need to digest them. I would encourage you to also sit down and create your own crisis playbook so that you will be ready when the next thing comes along (and it will soon enough) or to use right now, while you are wrestling with the current goings on.

I hope you found this helpful, and I encourage you to share this with others in leadership. There appears to be a bit of a shortage of true heart-centered strong servant leaders currently. Let’s change that.

P.S. If your health focus involves slimming down and you’d like to do it the healthy, sustainable way, here is a video I did several years ago, where I talk about a program that is at the center of my personal way to live in my ideal weight range. As for immunity, It’s never been more important to be diligent in boosting your immune system. Vitamin D, Antioxidants, Zinc, etc. all give your body the resources it needs to stay strong, reduce the risk of getting sick, and increase the speed in which you recover if you do fall ill. In addition to my normal health regiment, which has kept me living free of medication in addition to operating daily in a high energy capacity, here are two different packs that help keep your immunity high: Winter Boost Pack and Winter Boost Pack Ultra these are available to you manufacturer’s direct at wholesale.